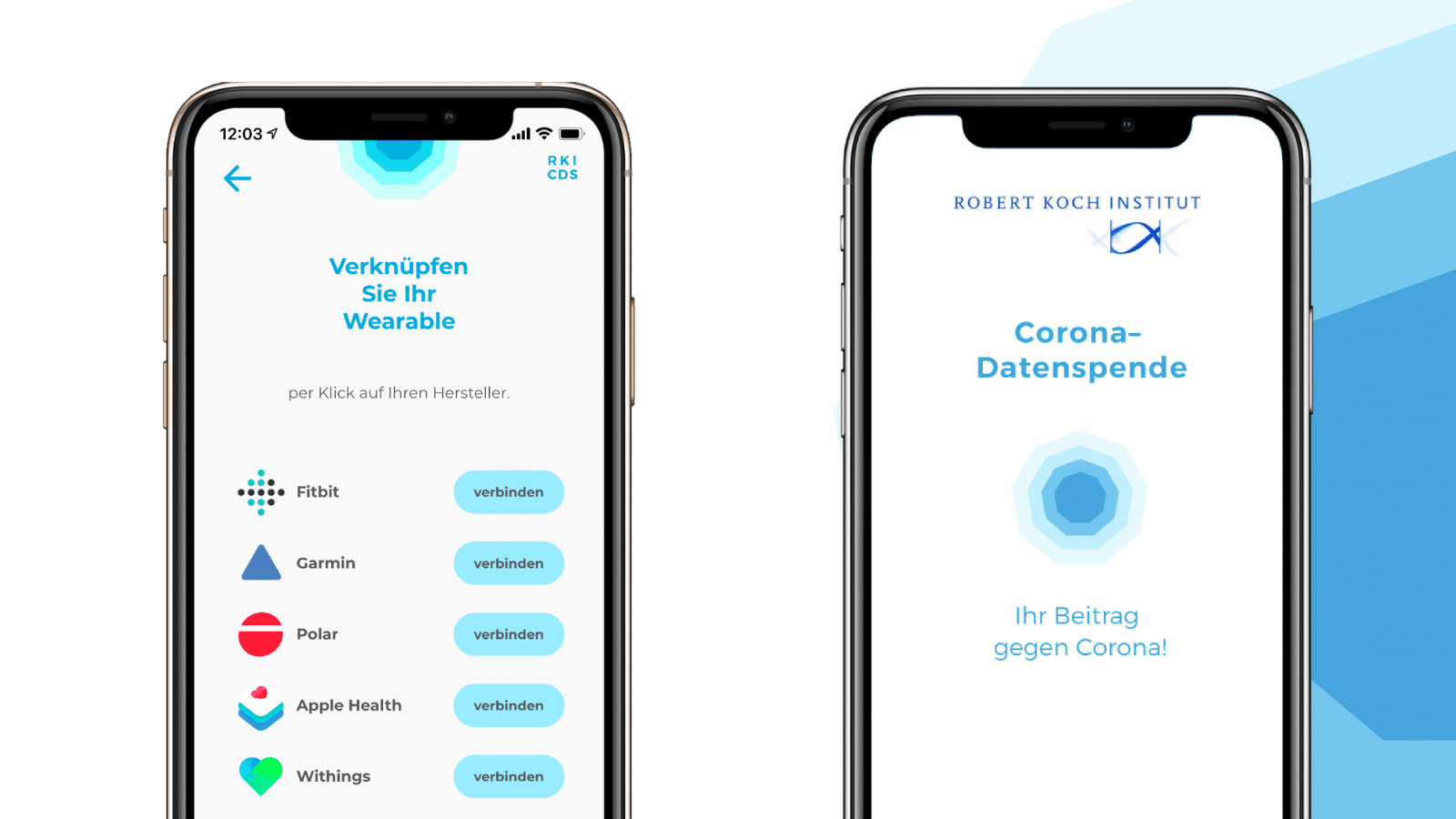 Back in spring 2020 Thryve developed and launched Germany’s first Corona-App, the Corona Datenspende, in just 4 weeks. The data donation tool built for the German center for disease control Robert Koch-Institute analyzes data of more than 500.000 citizens for COVID-19 symptoms. The data provides a deeper understanding of the dynamics of the corona pandemic.

Thryve works on the intersection of wearable technology and healthcare since 2017. We work with data from more than 300 sensors and design complex algorithms to provide insights into people’s health status. One of those is our detection of infectious diseases.

When it became clear the novel coronavirus is spreading around the world we knew: We need to help with our technology to fight this pandemic. The idea for the corona data donation was born.

“Wearables collect a wealth of data that can help to fight the COVID-19 pandemic”, says Paul Burggraf, , Co-Founder & Scientific Lead at Thryve. “Characteristic changes in heart rate and sleep data can indicate fever, a major symptom of COVID-19.”

Smartwatches and fitness trackers like the Apple Watch or Fitbits are worn by more than 20% of the US population according to eMarketer. Penetration is expected to be similar in Germany. The market has one issue: The data is locked in the manufacturers’ data silos. Researchers are not able to access the data easily. 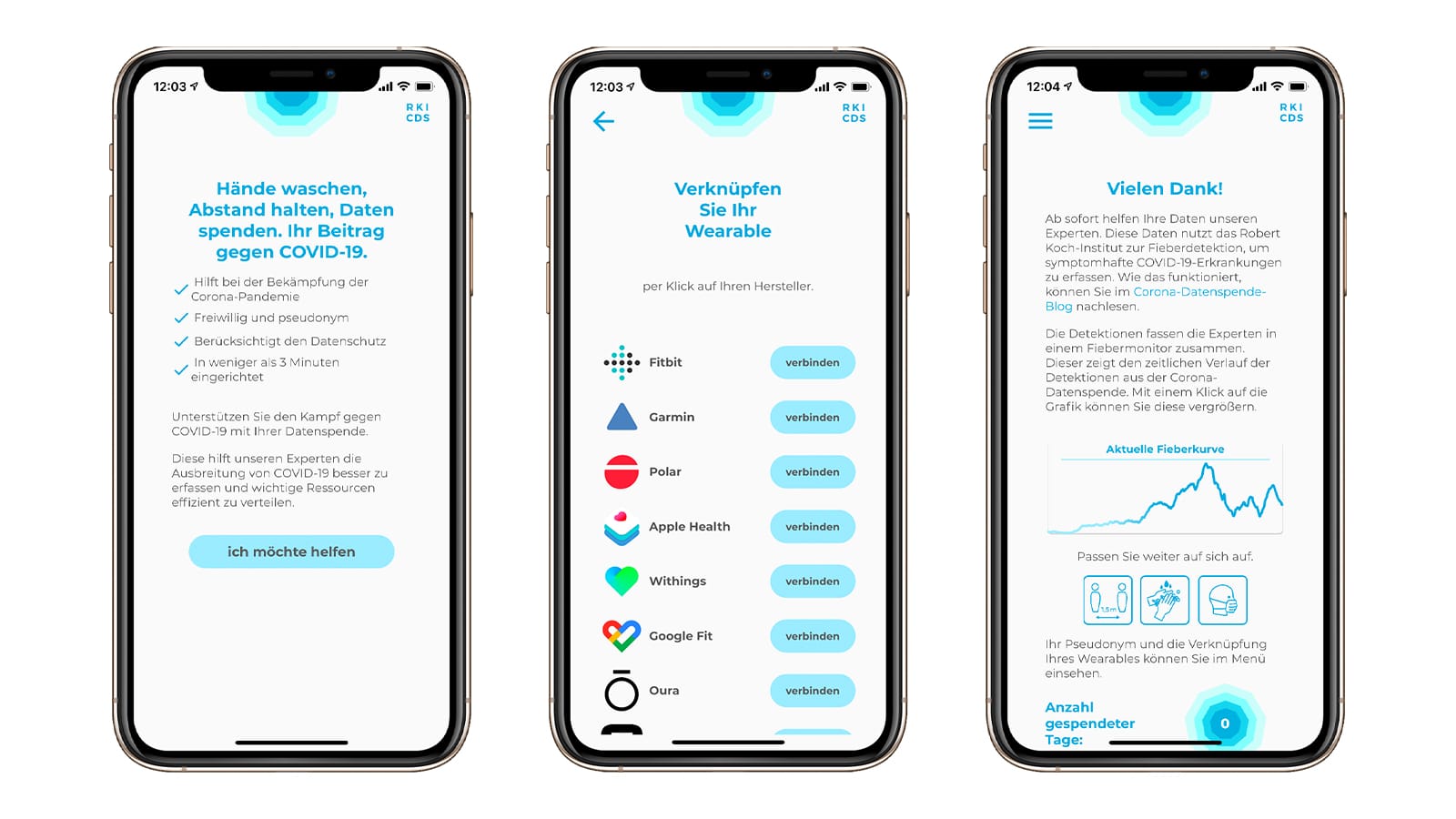 At Thryve we have built access to more than 300 wearable devices and health apps allowing us to access the valuable data to fight COVID-19. We developed the idea of launching a German-wide data donation campaign: Users of smartwatches and fitness trackers should be able to link up their devices through a simple smartphone app and ‘donate’ their data to scientists working on the coronavirus crisis.

“When we approached the German center for disease control, Robert Koch-Institute, with our idea, we had already briefed in all the specifications of this project with our development team”, says Friedrich Lämmel, CEO of Thryve. “While we were still uncertain whether this project will ever launch, we started to develop everything needed to launch as soon as possible.”

In just four weeks Thryve and Robert Koch-Institut launched the corona data donation app on April 7th. Within the first 24 hours, more than 300.000 new users joined the data donation project. “The success surpassed all our expectations. Suddenly we were in the center of all media attention with major coverage from German and even international media outlets”, says Friedrich Lämmel.

In total more than 1 million users registered on the app, more than 500.000 users actively donate their wearable data. In the official blog of the Corona Datenspende, researchers of Robert Koch-Institute write: “There has never before been a [citizen science] research project of this magnitude involving the collaborative efforts of both citizens and scientists. It is really quite unique.” 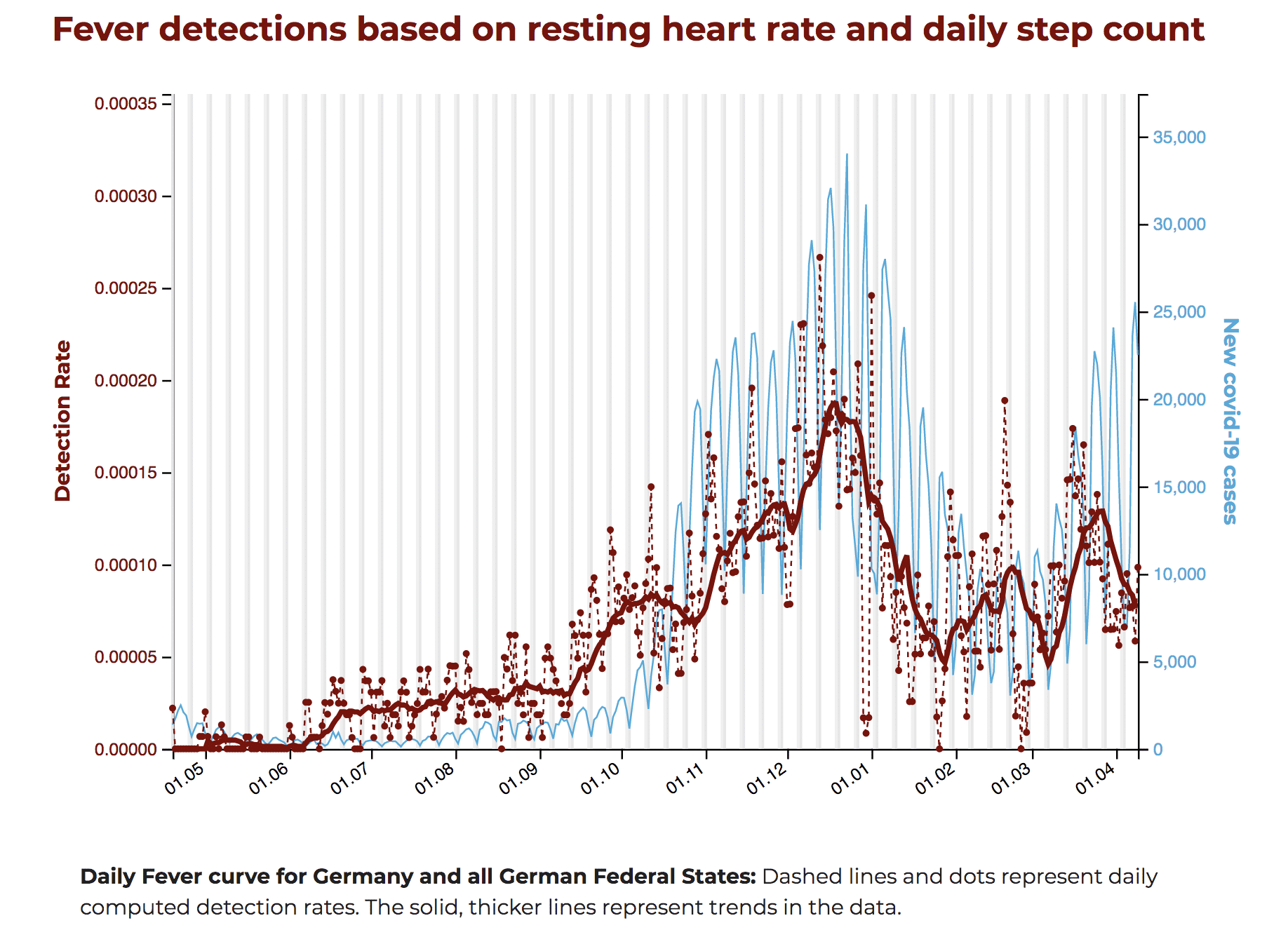 As the case numbers were very low for the immediate time after the launch of the app, it was unclear how well the algorithms of the corona data donation really worked. This changed in early fall: Curves of official case numbers and the analysis of the Corona Datenspende “seem to follow very similar trends which is an indication that the fever detection algorithm seems to be ‘picking up the covid-19-signal’. This is good news”, the scientist note in a blog post.

By fall it was clear the Corona Datenspende indeed provides a good signal on the dynamics of the COVID-19 pandemic. The second wave was detected two weeks before the uplift of official case numbers. The detection curve of Corona Datenspende was incorporated in the status report of Robert Koch-Institut.

“2020 has been a crazy year for us. It is great to prove the value of analyzing consumer’s real-world data, generated with standard wearables, within this critical pandemic times”, says Paul Burggraf, Scientific Lead at Thryve. “Wearable data will have a huge impact on all aspects of healthcare. At Thryve we are very happy to shape this digital revolution.” 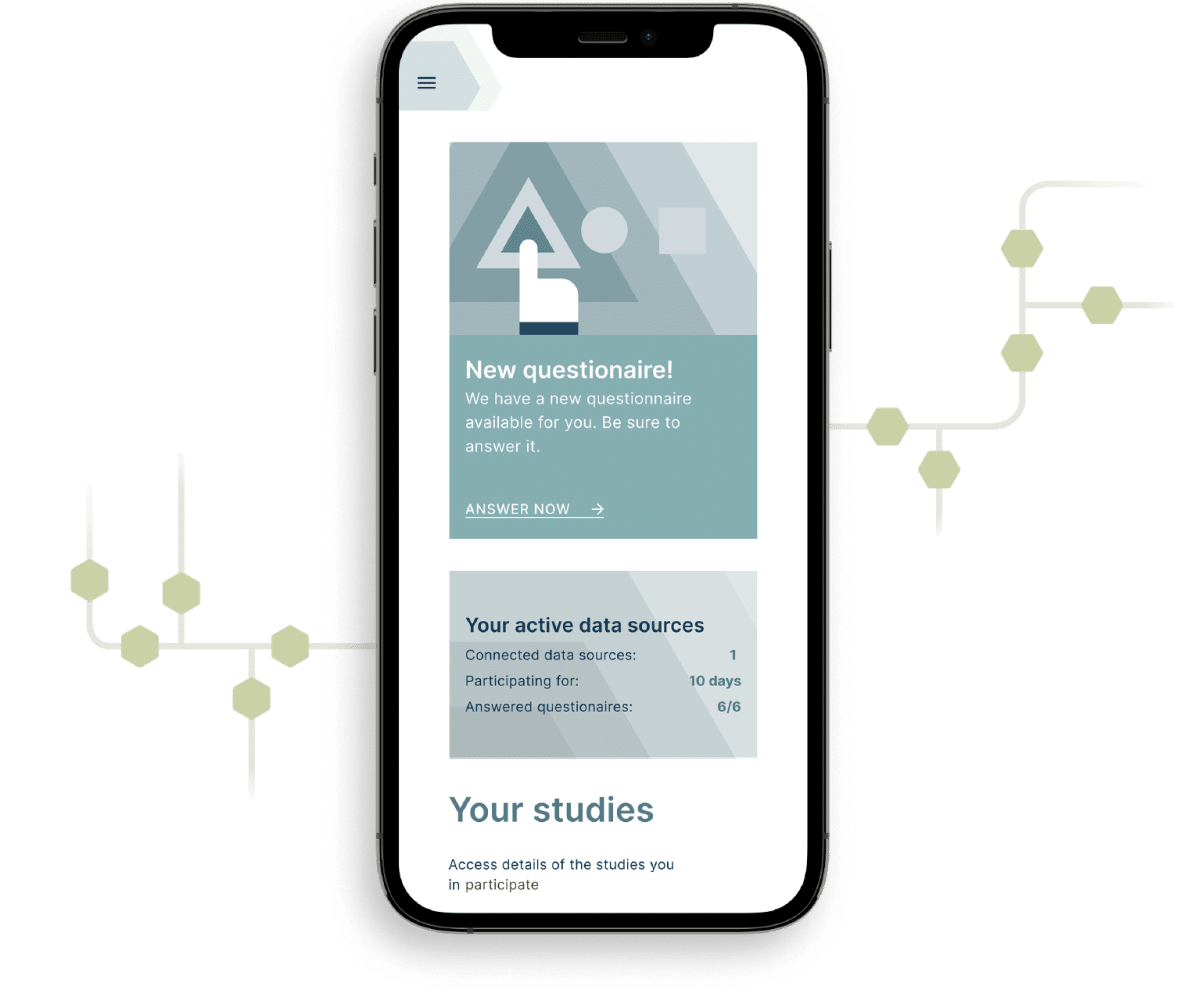 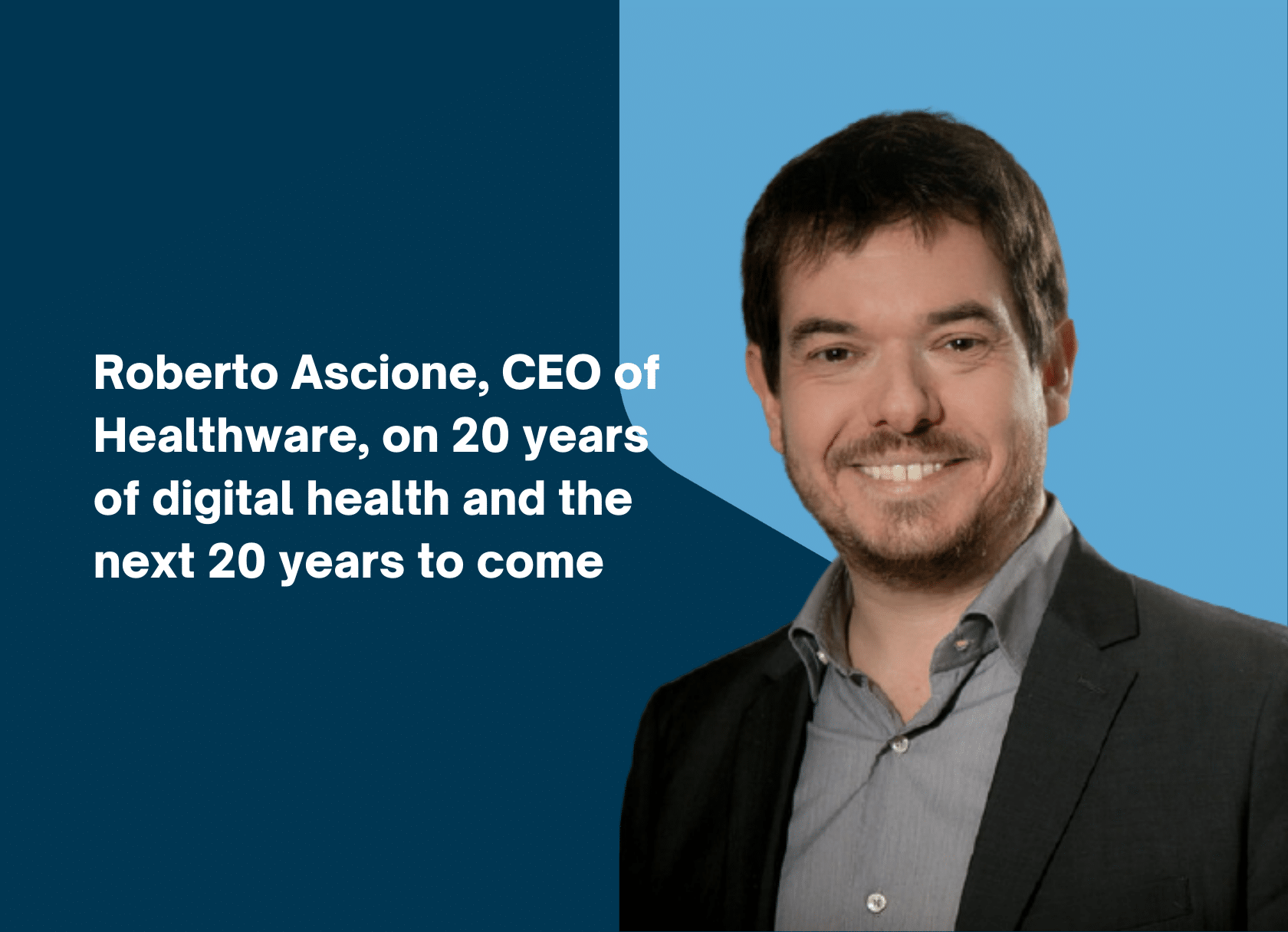 Roberto Ascione on the future of digital health 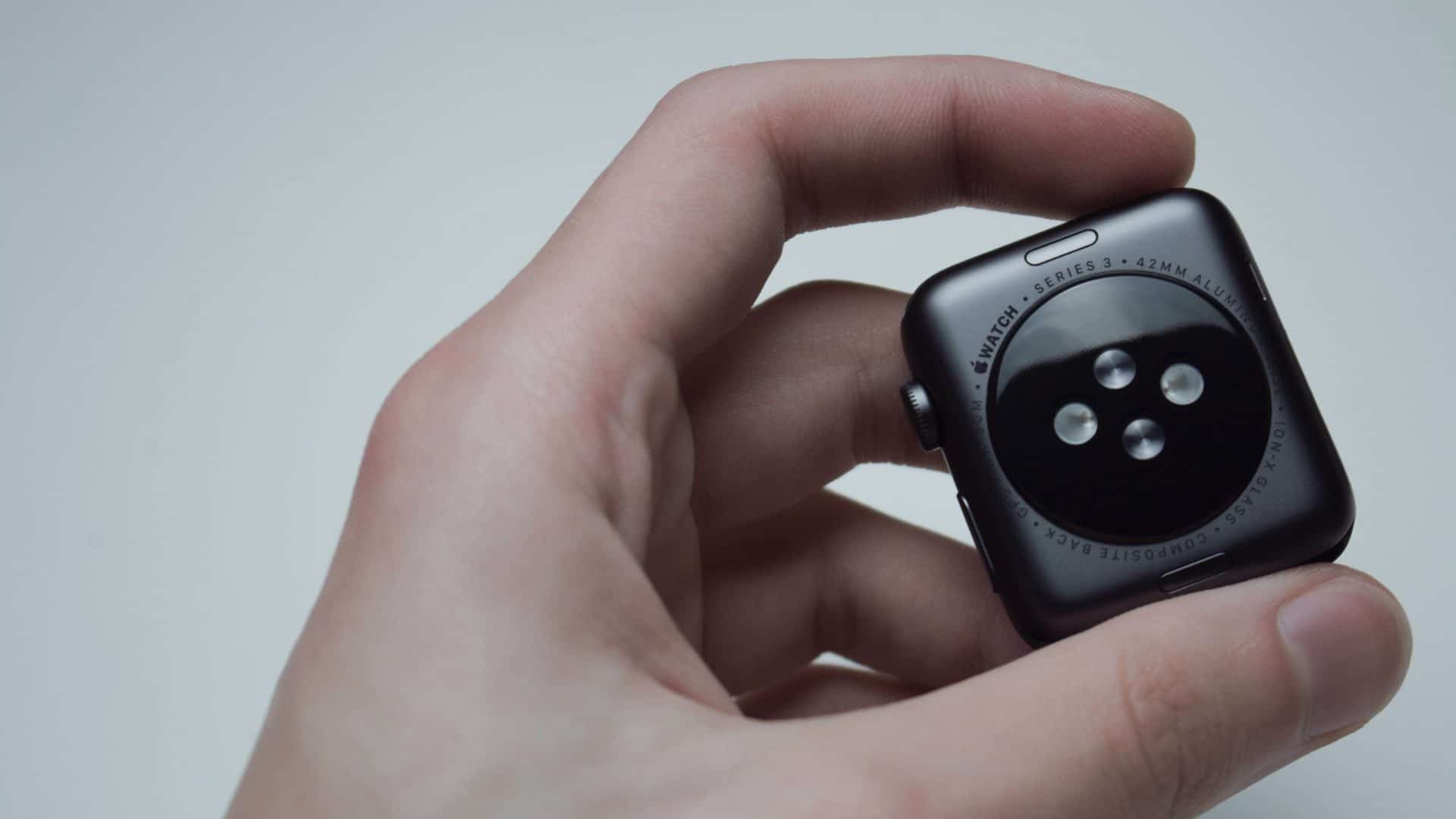 The impact of wearables and sensors on patient-centered care